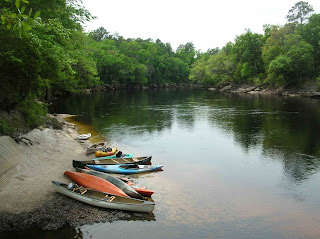 SB 550 by Sen. Lee Constantine, R-Altamonte Springs, followed public hearings around the state last winter as senators heard concerns about algal blooms, pollution and overpumping of groundwater. Constantine told the Senate Policy and Steering Committee on Ways and Means that the bill was needed to create a "firewall" to prevent the U. S. Environmental Protection Agency from adopting "draconian" standards for nitrogen and phosphorus in Florida waterways. Those standards, Constantine said, would make economic development in the state "very, very difficult."

The Florida Home Builders Association had opposed the bill because it would have established septic tank utilities to manage the state's 2.3 million septic tanks to prevent springs pollution. But Constantine removed that measure from the bill this week to win support from builders and other opponents. The bill now directs the Florida Department of Health to develop a rule requiring septic tank inspections every five years, Constantine said.

The bill also has support from groups including the Audubon of Florida, Sierra Club Florida, the Florida Chamber of Commerce and Associated Industries of Florida. But the Florida Department of Environmental Protection has concerns that the bill's direction to set water quality standards won't win EPA approval, Jerry Brooks, director of DEP's Division of Environmental Assessment and Restoration, said after the committee meeting.

Audubon representatives said the bill has troubling provisions regarding the numeric criteria and establishing a state stormwater rule that would create "huge loopholes" for developments. The bill is tentatively placed on the Senate special order calendar for April 22, which is Earth Day.