Florida environmental commission is a shell of its former self 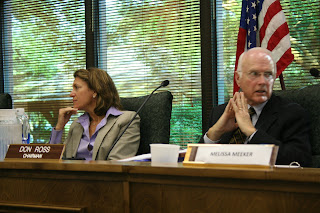 Gov. Rick Scott last month reappointed Cari Roth to the state Environmental Regulation Commission. But if recent history is an indicator, she shouldn't find the position to be too time-consuming.

The ERC sets standards and rules for the Florida Department of Environmental Protection. Most issues that go before the commission deal with air pollution, water quality and waste management.

The commission used to meet almost monthly in the 1990s, according to observers. But the meetings have dropped off sharply in the past three years as have proposals for new rules and regulations.

Environmental groups criticized Scott for shutting down the state rule-making process with his order on Jan. 4 to freeze and review all new proposed rules. But the slowdown in ERC activity began before Scott took office as the Legislature has steadily trimmed the commission's authority.

The ERC met seven times in 2008 and three times in both 2009 and 2010. The ERC has not met this year and doesn't have a meeting scheduled for this month.

With law changes that require ratification by the Legislature of rules and regulations, the Senate Committee on Environmental Preservation and Conservation now is studying whether the ERC is needed. A staff report is due Sept. 1.

The ERC meets as needed, said Jennifer Diaz, a Department of Environmental Protection spokeswoman. If there is a rule that needs a new standard, then staff brings it to the commission.

"The number of meetings conducted does not directly correlate to the amount of business conducted," Diaz said in an email. "Therefore, less frequent ERC meetings does not equate to less environmental protection."

Audubon of Florida's Charles Lee said the ERC now only ratifies rules proposed by DEP staff or by petition and can no longer propose its own rule changes.

"Fifteen or 20 years ago they (commission members) literally were the governing board of DER," Lee said. "The chairman of ERC at that point was probably just as powerful as the secretary of DER."

But Frank Matthews, an attorney with Hopping Green & Sams representing the Association of Florida Community Developers, said he doesn't look back on those years as being the good ol' days.

Batchelor was passed over by the Senate for confirmation in 1997 and left the ERC. Matthews and Batchelor describe differently what happened .

"Dick was a great guy an excellent legislator," Matthews said. "It was hard for him not to blur the roles" of being an ERC member versus being a legislator.

Batchelor, now a business and policy planning consultant in Orlando, said he was passed over because he was so outspoken.

"I was assaulted by Frank Matthews and sugar and agriculture and phosphate (industries) as being true pro-environmental," Batchelor said.

Now he says the commission, the department and the state's five water management district have become the handmaidens of those industries who want unfettered development.

The state's clash with the U. S. Environmental Protection Agency over water quality standards, he said, is a good example of how the weakened role of the commission and DEP is affecting the public.

The EPA in 2009 agreed with environmental groups that the state's water quality standards were insufficient and that excess nitrogen and phosphorus had created algae blooms in waterways. The EPA has imposed new federal standards beginning in 2012 that utilities, agriculture and industry groups say will be difficult and expensive to meet.

Even though the ERC was meeting less prior to 2011 under then-Gov. Charlie Crist, Batchelor says the commission and DEP have abdicated their roles. And Batchelor blames Scott, the new pro-jobs governor, for going further in "eviscerating" environmental protection policy.

"I think the public wants laws to protect the environment," Batchelor said. "I don't think they want the Legislature to abandon its role -- to surrender all of its influence on growth management and development to special interests."

"I think once the public (realizes), the pressure will come to bear. It's not going to be a short turnaround. It's going to take a couple of years."

HWS is pro environment, as long as they're making $100k or more per ca$e to help destroy it. If its not manatee declassifying so that their marine industry clients can go fa$ter, its the lime rock mine$ that will destroy our aquifer, and drinking water. All in a day$ work to ruin Florida.