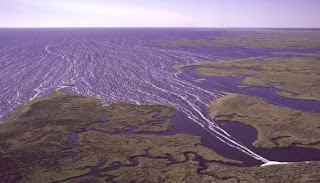 Environmental groups, which have become accustomed to playing defense in the Legislature for many years, are digging in for what could be an even tougher fight this year. The legislative session starts on Tuesday, March 8.

"You've got some people who just don't understand our environmental policies, don't care and have vowed to rewrite the laws," said Eric Draper, executive director of Audubon of Florida. "We have to keep that from happening." 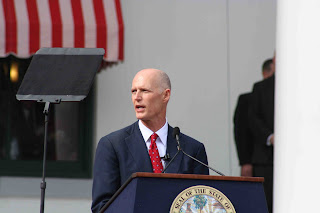 Gov. Rick Scott drew applause during his inauguration speech when he described regulations as being part of the "axis of unemployment" -- a reference to former President George W. Bush's "axis of evil" speech.

But which regulations does Scott believe are hurting the economy and which do he feel are necessary to protect health and the environment?

There have been a few glimpses of what fewer regulations may mean for Republican legislators. For example, there are bills to repeal last year's SB 550 requirement that septic tanks be inspected statewide every five years. That was one of the few environmental victories last year.

HB 457 would prohibit local governments from regulating fertilizer use in response to Pinellas County adopting a landmark ban on its use during the rainy season. Although a similar bill died in the Senate last year, the renewed Republican war on regulations could give it the extra push it needs this year.

Funding for the Florida Forever conservation land buying program and Everglades restoration remains a priority among environmental groups and the Florida Association of Counties. In his 2011-12 budget recommendations, Scott included $17 million for the Everglades and nothing for Florida Forever.

"As you know the focus is all on jobs," Scott told reporters. "It's just a focus on priorities right now."

The Florida Storm Water Association, which has sued to block the new federal standards, had been concerned that the bills would go too far in preventing local governments from complying with the federal rules. But the association's Kurt Spitzer said Monday that a proposed amendment would fix the problem in the bills.