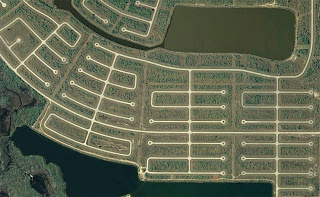 During a recent Cabinet meeting, Chief Financial Officer Jeff Atwater summed up an important debate over growth management policy by relating it to the rapidly expanding Five Guys hamburger chain.

Some Bay County residents had asked the Cabinet to deny a request for a proposed 174-slip commercial marina on Callaway Bayou. The residents said the marina wasn't needed because there were other vacant marinas in the area. They predicted the project would fail.

Atwater eventually cast the only vote against the project, which was approved by the Cabinet 3-1. But Atwater dismissed the idea that the marina should be rejected because it wasn't needed.

"I'm not moved by the argument of economic viability," Atwater said. "If somebody had asked me a few years ago if we need another hamburger joint in America I would have said, 'You're kidding.' But I hadn't tasted Five Guys hamburgers."

The House earlier this month unveiled a proposal to drastically reduce state oversight of local growth management. The bill would prohibit the state from denying a local growth plan change because it is no longer needed, which has been a key issue in growth management decisions in recent years.

Gov. Rick Scott Scott repeatedly has called the Florida Department of Community Affairs a "job-killer." However, since 2007, DCA has approved 1.5 billion square feet of new commercial and office space and nearly 600,000 housing units.

Even so, DCA has drawn fire from developers and local governments in recent years for denying some projects that DCA said they were not needed. In 2009, DCA Secretary Tom Pelham listed five counties that had enough residential growth approved to last more than 100 years. 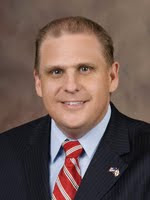 Rep. Ritch Workman, R-Melbourne and chairman of the House Community & Military Affairs Subcommittee, said the issue of need has been abused by the state.

Workman says HB 7129, the growth committee bill passed by his committee last week, would ban the state from rejecting a project because it isn't needed. Indeed, the bill would require cities and counties instead to set aside more land for development based on University of Florida population projections.

He said developers should have more say in whether a project is needed and that it's not Tallahassee's place to tell them that a project isn't needed -- as long as there are environmental controls in place. Cities and counties, he said, can decide whether a project would create urban blight.

"They (developers) are saying, 'If I'm going to put my capital into the development, that is all the need you need,' " he said. "If the development fails what difference does it make to the state?"

Sierra Club Florida lobbyist David Cullen said developers are using the economic crisis to turn growth management "upside down." The bill, he said, will radically change planning in Florida if it becomes law.

"Sooner or later the economy will pick up and people will want to buy houses," Cullen said. "And there will be nothing standing in the way of really bad land use."

Developers are right, Chapin said, in arguing that DCA's use of need to deny projects has killed good, compact, mixed-use developments that planners say are needed to reduce urban sprawl.

But he also said that allowing development to go anywhere will lead to more low-density land use patterns that increase the cost of providing government services.

"My concern is the legislature will overcorrect," Chapin said. "If they throw need (determination) out in its entirety, that is akin to getting rid of state oversight entirely."

"I would be the first to say the state system needs refinement," he said. "But to say we entirely don't need to consider need, that is the wrong path in the state."