Members of a Senate committee said Wednesday they want state wildlife officials to explain at their next committee meeting why they are considering requiring deer hunters to report their kills.

The Florida Fish and Wildlife Conservation Commission will consider the reporting requirement when it meets next month in Apalachicola, said Tim Breault, director of the agency's Division of Habitat and Species Conservation. Some groups, Reault said, want reporting to improve estimates of white-tailed deer populations to possibly allow more hunting in some areas. 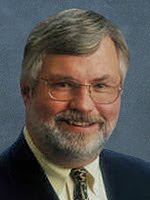 Sen. Jack Latvala, R-St. Petersburg, reminded Breault that even though the commission is an independent agency established under the state constitution, the Legislature approves its budget. Sen. Charlie Dean, R-Inverness, said he wanted commission members to appear personally before the committee.

But Sen. Steve Oelrich, R-Cross Creek, noted that other states have stricter reporting requirements, such as having to purchase tags for killing a deer.

After the meeting, Latvala said requiring the reporting in Florida is "a ridiculous overreach and the ultimate example of over-regulation by the government." But he denied he was threatening the agency's budget.

"I'm not in a position to threaten this agency," Latvala said. "I'm not a chairman of this committee or the budget committee. There is a constitutional balance that needs to be reminded. They [commission members] need to respond to citizens too."

The committee on Wednesay also passed SB 132, which expands reporting requirements for contamination to neighboring properties. The bill, introduced by Sen. Arthenia Joyner, D-Tampa, was offered in response to groundwater contamination at the Raytheon electronics manufacturing plant in St. Petersburg.

And the committee heard briefly from Dean on his SB 130, which would repeal the requirement that septic tanks statewide be inspected every five years. The Legislature in November delayed the beginning date for the inspections from Jan. 1 to July 1 after opposition from rural residents in North Florida.

Dean said counties should be allowed to decide whether to participate rather than all state residents being subject to a "one-size-fits-all" law. But some other committee members said the problem of failing septic tanks and their effects on groundwater flowing to springs still needs to be addressed.

"I think we have a responsibility to make sure people have septic tanks that operate effectively," said Sen. Dennis Jones, R-Seminole.

Senator Latvala needs to realize that FWC is not "over-reaching" as he claims. Deer and all wild game animals are natural resources held in the public trust. FWC is specifically entrusted with managing those resources and has every right to require hunters to report their harvests.

Harvest reporting accomplishes many necessary goals. It provides a more accurat account of how many hunters are in the state(especially exempt hunters who do not purchase licenses), how many deer are being harvested, where and when the majority of deer are taken, and gives the state biologist a complete picture of the health and well being of the deer herd across Florida.

Florida is one of only 7 states that does not presently require havrest reporting or tagging. We are the only state in the southeast that has no idea what our deer population really is. At present, deer hunters are managed more than the deer. A harvest reporting system is the corner stone to better deer management. Without it, there is no chance to improve the resource for future generations.

Politicians need to allow the agency to do its job and stop playing politics with issues they know little about. It's my opinion that Sen. Latvala see this as a chance to impress his voters with something he can point to as reducing government interference, threby upholding the Tea Party platform on which so many conservatives ran last fall.

There is no real inconvenience for hunters in reporting. A telephone reporeting system takes less than 5 minutes to complete and a hunter ID number (which all current and former license holders already have, and children turning 16 must obtain) is free to obtain. The ability of the state to conduct biological study, as well as outreach for future hunting and recreational activity will be dramatically hampered by the blockage of this endeavor.

I hope that the legislators in Tallahassee can stop the posturing long enough to realize the importance of the harvest reporting system and see their way clear to allow FWC to perform its duties without future political wrangling.