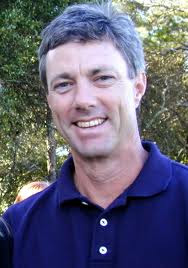 Gov. Rick Scott on Wednesday evening announced that he was hiring Billy Buzzett, a former top executive at the St. Joe Company to take over the Department of Community Affairs.

Buzzett will take the place of Tom Pelham, who criticized Scott's statement that DCA is killing jobs. Pelham maintained that land-planning agency had approved plenty of development in recent years but that the financial collapse had stopped them from going forward.

"Billy is focused on helping me make government smaller, less intrusive and consistent with efforts to increase investment in Florida and make spur job creation,'' Scott said in a statement.

One of Buzzett's main jobs will be to look at possibly merging DCA into other state agencies. Buzzett was on the transition team that recommended that DCA be folded into a new agency that includes the Department of Transportation and the Department of Environmental Protection. He said his group that examined DCA did not make the merger recommendation

Buzzett, an attorney from Santa Rosa Beach, told the Florida Tribune last month that his group looked more at the role of the state in planning rather than any particular agency. He said some local governments now have sophisticated planning staffs and that the state could play a broader role in planning over a longer timeframe.

"You've got a lot of land that is held by a few of the large corporations or families," he said. "Does it make sense that more concentration and more focus be placed on that and to see if there is an opportunity for common ground between those [interests] and the state and the environmental community?"

Buzzett had been vice president of strategic planning for St. Joe and had worked on the plan to bring a new international airport in Panama City that was legally challenged by environmental groups. St. Joe is one of the state's largest land owners but its development plans have been slowed by the recession and the collapse of the real estate market in Florida. Buzzett was executive director of the 1998 Constitutional Revision Commission.

Buzzett steps in while the department remains involved in 23 legal challenges to comprehensive plan changes in cities and counties. But five rule changes, including those affecting building codes and the Florida Communities Trust grant program, have been placed on hold as directed on Tuesday by Scott in an executive order issued to all agencies.

A developer to lead Florida's state planning agency huh? I wonder where this is going...