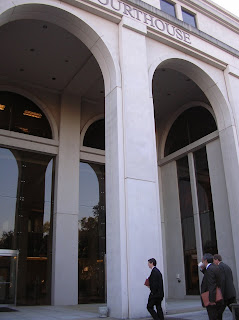 U.S. District Judge Robert Hinkle today said he will approve a legal settlement that calls for the federal government to set specific water quality standards for nutrients in Florida -- a move that industry groups and Agriculture Commissioner Charles H. Bronson have opposed.

Florida now prohibits excessive nitrogen and phosphorus that cause an imbalance of fish and plants in waterways. Environmental groups sued the U.S. Environmental Protection Agency to force it to require specific numeric limits to prevent waterways from continuing to become choked with weeds and algae.

A proposed settlement agreement calls for the EPA to propose numeric limits in January and adopt them by October for lakes and rivers. But agriculture and industry groups along with Bronson and sewage treatment utilities say they expect EPA to impose standards that will be costly to meet because of a lack of time and inadequate science.

Hinkle today said opponents can challenge those new standards once they are approved by EPA. And he seemed to side with environmental groups who argued that the federal agency has taken too long to take such action.

"There certainly is evidence that there is significant degradation (of waterways) and it has gotten worse," Hinkle said.

In court today, Cole also argued that Florida's economy is in worse shape than other states, including neighboring states that won't have such strict standards. 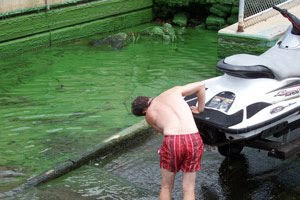 But Hinkle repeatedly suggested that EPA and the state have had more than a decade to act on their own. And he rejected the idea that the federal Clean Water Act allows the EPA not to act -- or that he could throw out the settlement agreement -- because of economic concerns.

"That would be an absolutely lawless decision by a district court judge, I think," Hinkle said.

Opponents last week launched a public-relations offensive, unveiling a Web site at a news conference with former Florida DEP secretaries Virginia Wetherell and Colleen Castille urging Congress to block the agreement. Opponents say EPA is working on a one-size-fits-all criteria that will be difficult to meet and could cause the average montly household sewer bill to more than double.

But Martha Mann, a federal Department of Justice trial attorney representing the U.S. EPA, said it's not clear yet what the agency will propose in January though, she told Hinkle that it won't be one set of criteria that will be applied statewide.

Hinkle said his role was not to decide whether numeric criteria are needed to clean up Florida waterways. He said EPA had made that decision in January and that it would be subject to appeal later.

"Any substantially or procedurally invalid regulation will never take effect because it will not be enacted by the EPA or it will not be upheld by the District Court or Court of Appeals," he said.

"Florida waterways are going to hell in a hand basket," he said. "Today is when we start the process for fixing them."

Cole said the groups he represent would prefer that DEP develop numeric criteria. He said he remains concerned that EPA doesn't have the field scientists that Florida has to develop criteria to apply to waterways from Key West to Pensacola -- even if EPA says it won't apply one set of limits statewide.

"We did not think they (EPA officials) were going to come up with just one, but we think it is going to require more than one in North Florida and one in South Florida," he said.

(Copyrighted by Bruce Ritchie and FloridaEnvironments.com. Do not copy or redistribute without permission).

it will be interesting to see what EPA comes up with