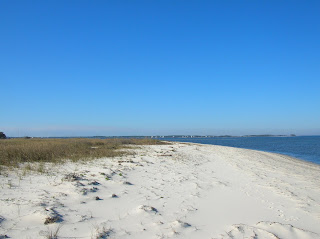 Gov. Charlie Crist and the Cabinet today approved a resolution issuing $250 million in bonds for buying conservation lands, representing the last money approved by the Legislature for the program.

Florida Forever program is the largest land-buying program in the nation, having acquired more than 2 million acres since 1990 with its predecessor program. The programs received $300 million a year from 1990 until this year when the Legislature did not provide additional funding because of a tight budget.

The program has $250 million remaining in bonds authorized by the 2008 Legislature. The bonds were not issued earlier this year because collections from a state documentary stamp tax on real estate transactions lagged behind projections, making it difficult to find a buyer for the bonds.

Florida Department of Environmental Protection Secretary Michael Sole said the Cabinet vote today was good news for the land-buying program. Although about $73 million remains in the Florida Forever trust fund, the lack of new revenue had caused the state to proceed slowly on purchases, Sole said.

"While we hadn't stopped (buying land), we have approached acquisitions with a little bit more sage eye to make sure we had adequate funds to meet the commitments we have made," he said.

He said a majority of the $250 million is committed already to purchases approved by the Cabinet, water management districts and the Florida Communities Trust program at the Department of Community Affairs.

"We can move forward with closing" on projects, Sole said.

The actual amount of the bond resolution is $285 million, which includes a $35 million-reserve fund to pay debt service in a timely manner if revenue collections fall behind projections, said Ben Watkins, director of the state Division of Bond Finance. He told Cabinet aides last week that selling the bonds still could be difficult this year.

Environmentalists next year must convince some House leaders, who say the state can't afford to buy more land, to restore funding for Florida Forever. The program needs new funding next year to move forward on new purchases, said Andy McLeod, director of government relations with The Nature Conservancy's Florida chapter.

"There are no new projects and no new money this year," McLeod said. "This is the first year in 20 years -- and we hope the one exception, if the Legislature is able to appropriate (money for the program) next year."

In other action today, the Cabinet voted to maintain additional state growth management oversight for the Florida Keys as an "Area of Critical State Concern." The island chain faces challenges stemming from rapid growth in an ecologically sensitive area with a lack of advanced sewage treatment and other infrastructure.

Department of Community Affairs Secretary Tom Pelham commended Monroe County and the cities of Islamorada and Marathon for progress on wastewater projects but he said additional funding and time are needed to complete the work program.

"A year ago, I was very critical of the lack of progress," Attorney General Bill McCollum told other Cabinet members. "It appears this year we have made some. It may not be substantial, but we have made some."

Also today, McCollum delayed his request for an update from DEP on the proposed federal nutrient standards for Florida waters because Agriculture Commissioner Charles H. Bronson was absent from the Cabinet meeting. Bronson was traveling and had asked for the meeting to be rescheduled.

The U.S. Environmental Protection Agency is scheduled to propose the more specific numeric limits in January. Bronson's department challenged a lawsuit settlement that called for the EPA to set those limits. (To read Monday's story on a federal judge approving the settlement, click here).

Bruce, good to see you out there getting and reporting the environmental news. Keep up the good work.