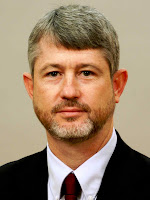 The commission, meeting in Crystal River, voted Wednesday to name Wiley to the position without conducting a search for Haddad's replacement. All seven commissioners expressed support for Wiley and praised his leadership role within the agency, according to an agency news release.

“This is not a ‘spur of the moment’ decision,” Chairman Rodney Barreto said. “I do believe going through a long, drawn-out process of selection wouldn’t be beneficial to the agency. And I doubt we would come away with a different result even if we do go through a process. The mere fact that this is unanimous should give everyone comfort.”

Wiley, 47, began his career with the former Florida Game and Fresh Water Fish Commission in 1988. He moved his way up the ranks and was named assistant executive director in 2008.

Haddad said he intends to remain fully engaged within the agency until he retires and then plans to remain active in the fish and wildlife arena.

Wiley's appointment now goes to the Florida Senate for confirmation.

Mr. Wiley maybe well suited for that position however, the attitude of this board leads me to believe that some changes are past due among the board members. The days of "the good ole boys" are well networked throughout the State of Florida. What is this good ole boy's education? What other background checks were performed for this level? Maybe there was a better qualified person (female or other...) Does it always have to be a White Man?