A PAC that wants Florida residents to vote on proposed growth measures won something of a court victory this week.

Florida Hometown Democracy Inc., a political action committee, is pushing an amendment to the Florida Constitution that would require voter approval of land-use map and policy changes in local comprehensive plans. The proposal faces opposition from business groups, which have created a PAC to battle the amendment, and even some environmentalists. 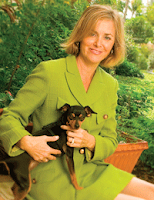 That state law "gives an advantage to people opposing an initiative," said Lesley Blackner of Palm Beach, a co-founder of Florida Hometown Democracy. "Here we are, we've gone out and tried to get our petitions and we've followed the rules and every year they (state officials) change the rules."

A spokeswoman for the Florida Division of Elections declined to comment on the Supreme Court action.

FHD's rival PAC, Floridians for Better Growth, expects the ballot measure to go to voters either by a Supreme Court ruling soon or by approval by state elections officials in February when they verify petition signatures, said Mark Wilson, the group's treasurer. He also is president and CEO of the Florida Chamber of Commerce.

Critics of the Florida Hometown Democracy measure say it would halt development by creating delays for voters to approve numerous comprehensive plan changes both large and small. The Sierra Club supports the measure but 1000 Friend of Florida is opposing it.