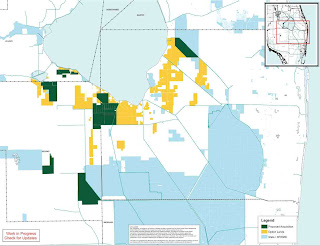 EVERGLADES NATIONAL PARK -- Representatives of the Everglades Foundation and the Florida Park Service say a revised U.S. Sugar Corp. purchase proposal will help restore the "River of Grass." But an attorney representing the Miccosukee indian tribe says it will further delay restoration projects already under way.

They participated in a panel discussion before visiting journalists last Thursday as part of the Scripps Howard Institute on the Environment at Florida Atlantic University.

The South Florida Water Management District on May 13 approved a revised deal -- subject to financing -- to buy 73,000 acres from U.S. Sugar Corp. for $536 million. The purchase was scaled back from the original proposal -- announced a year ago by Gov. Charlie Crist -- to buy 187,000 acres for $1.34 billion.

The proposed U.S. Sugar purchase allows the use of existing technology to speed up Everglades restoration, said Thomas Van Lent, senior scientist for the Everglades Foundation.

"We can do it better, faster and cheaper than contemplated in the old plan," Van Lent said. "My perspective is, 'What's not to like about that?' It sounds like a very smart approach on the Everglades if you want restoration and want it as soon as possible."

But Nick Aumen, a National Park Service aquatic ecologist, said he had to give a "schizoid" answer to the question of whether he supports the purchase.

He said he has believed that "big change" was needed for restoration to be successful. But he also said the state already has begun cutting back on needed water quality monitoring to divert money towards the purchase.

"I don't think we'll have the stars line up possibly ever -- or at least for decades -- to do something this bold again," Aumen said. "On the other side, I see a real downside in that (deal) because of the cost." 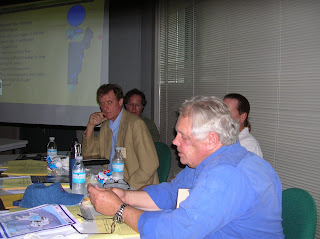 Lehtinen, who as U.S. attorney sued the state in the 1980s over the quality of water flowing into Everglades National Park, said there's no plan for using the U.S. Sugar Corp. land. Meanwhile, the state is delaying or abandoning other needed restoration projects, he said.

"Nothing in this new plan conceivably gets out of the ground in 10 years -- 20 years minimum to get anything out of the ground," Lehtinen said. "And probably never because there is no money for it."

A South Florida Water Management District spokesman did not return calls from FloridaEnvironments.com seeking comment. The district declined to participate in the panel discussion because of a lawsuit filed by one of the panelists, presumably Lehtinen, panel organizers said.