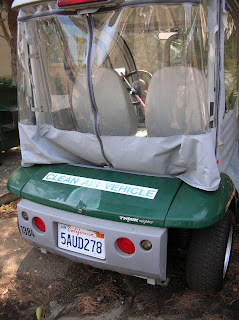 But the Legislature in 2008 adopted a sweeping energy bill that required legislative approval of state auto emission standards. And this week, the Legislature's Joint Administrative Procedures Committee voted 5-0 to adopt a staff report saying that the proposed DEP rule violates Florida law and the state Constitution.

Crist responded this week that the committee may have been "over-thinking" the issue. And asked whether the proposal will be dead on arrival when the legislative session starts March 3, Atwater said he doesn't think so.


"It is still an issue that will make its way on its merits -- or not," Atwater told reporters after a meeting with House Speaker Pro Tempore Larry Cretul.

The Joint Administrative Procedures Committee on Wednesday forwarded its staff report to Atwater and Cretul. There is no bill filed yet to provide for the Legislature's adoption of the DEP's so called "Clean Cars" rule.

The U.S. Environmental Protection last year blocked Florida and 17 other states from adopting the California standard. But President Obama last month directed the EPA to review the California denial.

Automobile dealers have said they're concerned that Florida residents will drive to Georgia and Alabama to buy cars if the rule is adopted. But DEP says it's not clear that automakers will produce a second version of their vehicles to sell in states that don't adopt the California standards.

But DEP argued that the Florida Legislature will be responsible for choosing which standard to adopt -- the California or the federal standard -- and that it would continue to do so in the future if California adopts changes.

"I don't think there's much of a problem with it," Crist said Tuesday, according to the Associated Press. "I think we just need to control our emissions and make sure that we're protecting the air."
Posted by Bruce Ritchie at 2/19/2009 06:37:00 PM