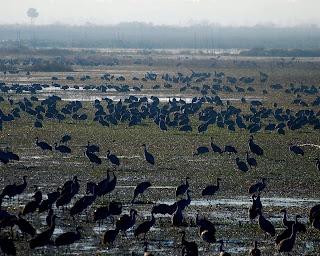 Dirty stormwater runoff laden with nutrients and trash for decades has been spilling onto Paynes Prairie State Preserve near Gainesville before flowing underground into the Floridan Aquifer -- the source of the region's drinking water.

Now, a state panel is poised to approve a request to construct a 225-acre wetlands treatment system on state land within the preserve to clean up the flow from Sweetwater Branch. Gainesville and state park officials say the plan also will restore the needed sheet flow of water across more than 1,300 acres of prairie.

"This part of the prairie has been hammered by Sweetwater Branch." said Jim Weimer, Paynes Prairie State Preserve biologist.

But some members of the state Acquisition and Restoration Council today questioned the project and warned Gainesville and park officials to monitor the project and to have plans ready if problems arise.

Nevertheless, the council voted unanimously to recommend approval of the city's request for an easement on state land for the treatment system.

Paynes Prairie, a designated national natural landmark, is a 21,000-acre state preserve that is home to hundreds of migrating sandhill cranes, alligators and reintroduced wild horses and bison. Located along Interstate 75 and U.S. Highway 441, the preserve received more than 220,000 visitors last year.

Paynes Prairie was a cattle ranch during the 1930s when ditches were dug to drain the expansive marsh. As Gainesville grew, stormwater from the city's downtown flowed untreated down Sweetwater Branch. 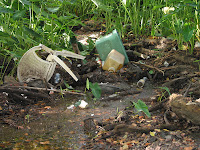 The creek carried styrofoam cups, plastic chairs, tennis balls and other trash along with nutrients, sediment and treated wastewater from Gainesville's Main Street sewage treatment plant. After dumping the trash and sediment largely away from public view, the dirty water flows through a ditch into Alachua Sink, where it flows underground.

The treatment wetlands, at a cost of $21 million, had to be constructed within the preserve because other upland sites were too hilly or small, said David Richardson, assistant general manager of Gainesville Regional Utilities. In exchange, the city, the St. Johns River Water Management District and Alachua County Forever will donate a 276-acre addition to the preserve along its southern boundary.

Invasive plants at the Sweetwater Branch inflow will be removed and the ditch to Alachua Sink will be filled. That will restore water flow across 1,300 acres of prairie that has remained largely dry because of the drainage ditch, Weimer said. 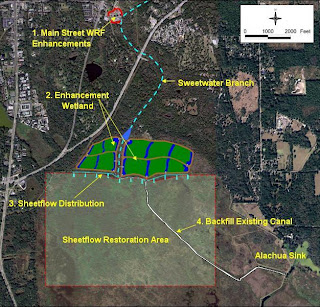 Council member Vickie Larson warned there should be alternative plans if the system doesn't work.

"I'm not convinced these (treatment wetlands) all work exactly as we engineer them," said Larson, an environmental consultant from Merritt Island. Council member Peter Frederick, a University of Florida wetlands scientist, said rigorous monitoring is needed.

Alice Rankeillor, a city wastewater engineer, said the project is in the early stages and that a monitoring plan can be developed. City and state preserve officials said the treatment system will improve the situation that now exists at Paynes Prairie.

"We're all kind of victims of our past," said Weimer, the preserve biologist. "What we are trying to do is fix our past and make our past work."

The "wetland" cells appear to be a rectilinear geometry on a natural sacrosanct plain. Why? It is a less than adequate solution - a typical "engineered" solution without a sense for the nature of the prairie. Gainesville UF has a Department of Landscape Architecture and should be able to show the engineers how to relate to natural systems?
Try again please, this is a poor solution no matter who did it. We must get this right the first time. I oppose this weak attempt of stormwater management.