HB 697, adopted by the Legislature, in 2008 required cities and counties to have energy-efficient land use patterns and greenhouse gas reduction strategies in their growth plans. The Department of Community Affairs is holding a workshop on Jan. 29 to receive comment on developing standards for those requirements.

State planners are raising concerns about energy use and greenhouse gas emissions as they review a wave of proposed new land-use changes for developments, said Charles Gauthier, director of DCA's Division of Community Planning. But those state planners, he said, often are not able to provide cities and counties with the guidance they are clamoring for.

"This is a major new dimension to planning in the state," Gauthier told a "Climate Change and Public Health" workshop in Tallahassee. "I feel that in some ways we are all feeling our way along."

The Florida Department of Health and 1000 Friends of Florida coordinated the program for the workshop, held at the Capital Circle Office Center in Tallahassee. Other workshops will be held through March in Fort Lauderdale, Orlando, Sarasota, Jacksonville and Pensacola.

Workshop participants were told that climate change could result in more vector-borne diseases and higher temperatures in cities caused by the "heat-island effect." Children and senior citizens could be most affected as the senior population doubles within the next 10 years, with much of the increase occurring in urban areas. 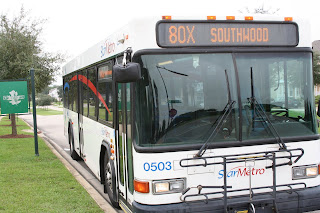 More than 40 percent of Florida's greenhouse gas emissions come from motor vehicles, Gauthier said. He and other speakers said communities can reduce greenhouse gases by placing stores, employment centers and housing closer to one another while offering transportation choices that encourage walking, bicycling and mass transit use.

Pre-registration is required for the upcoming workshops. For more information go to the 1000 Friends of Florida web site, 1000friendsofflorida.org, or click here.

For more information about DCA's Jan. 29 workshop in Fort Lauderdale, click here or click on the public notices link at the DCA web site, dca.state.fl.us .

Click here for more information from DCA about HB 697.

Informative article, with convenient links to additional materials. Thanks, Bruce.