The House Energy & Utilities Policy Committee Wednesday heard from speakers on what a new state energy policy should include.

The Legislature last year wrangled over energy issues as the House adopted a bill to allow offshore oil drilling in state coastal waters and the Senate adopted a bill to require utilities to use more renewable energy. But neither bill passed as the chambers refused to take up the other's bills. 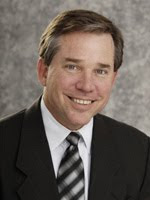 On Wednesday, Rep. Stephen Precourt, R-Orlando and committee chairman, said conflicting Florida law and energy policies contributed to the divisions on energy issues in the 2009 session.

The committee, he said, would work towards reaching consensus on an energy policy that would guide future legislation. He also said he was meeting with a key senator today to discuss how the two chambers should deal with the issue in the upcoming legislative session, which begins March 2.

"Our intention is to move forward with energy policy in Florida this session -- a substantial step forward," Precourt said. "What forms that content is what we're debating right now."

The committee heard from representatives of the Southern Alliance for Clean Energy, the Florida Chamber of Commerce and Audubon of Florida.