In a legislative session marked by major environmental losses, environmentalists say there were a few bright spots among the bills that passed.

The session was grim for environmentalists because no new money was provided for the Florida Forever land-buying program. And the House refused to consider Gov. Charlie Crist's proposals to require utilities to use more renewable energy and to adopt California's automobile emissions standards.

Still, a few bills that environmentalists supported made it through. They lowered taxes on conservation lands, closed a tax loophole that undermined the Florida Forever program and imposed penalties on boaters who damage sea grasses and coral reefs. 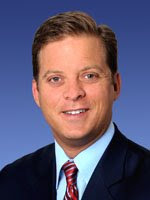 HB 7157 by Rep. Carlos Lopez-Cantera, R-Miami, implements Amendment 4, approved by 67 percent of voters last fall. The amendment eliminates ad valorem taxes for lands of 40 acres or larger that are under permanent conservation agreements, though smaller properties can be exempted if they provide certain kinds of wildlife habitat.

Other property that is used for conservation but is not under a permanent agreement will receive its placed in its own lesser tax category the way agricultural property is now. House members had balked at agreeing to the provision, according to environmentalists.

"I think it was a good compromise product," said Sen. Thad Altman, R-Melbourne.

"The proof of the pudding will be if people will avail themselves of this benefit," said Preston Robertson, general counsel for the Florida Wildlife Federation.

SB 2430 by Sen. Al Lawson, D-Tallahassee, would close a corporate loophole related to the collection of taxes on real estate transactions. The bill establishes priority distribution of those documentary stamp tax revenues for Florida Forever and Everglades restoration bonds.

"This is language Wall Street will love and it will keep those (Florida Forever) bonds attractive to investors," said Lopez-Cantera, who supported the language in the House.

HB 1423, by Rep. Baxter Troutman and Rep. Paige Kreegel, allows vessel operators to be cited for a second-degree misdemeanor for damaging seagrass with their boat propellers.

For damage to coral reefs, the Florida Department of Environmental Protection can can collect fines starting at $150 for anchoring on coral and increasing to $300 per square meter for widespread boat damage.

"Coral reefs take millenniums to form but can be physically destroyed and degraded by careless boaters not familiar with their presences or importance in a generation," said Paul Johnson, president of Reef Relief.