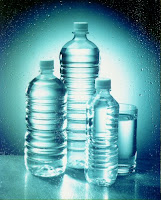 Members of a House committee today criticized Gov. Charlie Crist's proposal to tax water-bottling, saying it's a threat to jobs and could lead to a similar tax on agricultural water use.

As part of his proposed $66.5 billion budget for 2009-10, the state would collect 6 cents per gallon on water-bottling plants. The $66 million per year would be spent to develop alternative water supplies, set pollution limits for waterways and provide grants for local sewage treatment improvements.

Bembry said it could cost jobs in his district, which includes the Nestle Waters North American bottling plant in Madison County. Rep. Debbie Boyd, a Newberry Democrat whose district includes a water-pumping operation at Ginnie Springs, also questioned the tax.

"It could have a tremendous impact on the people that are hired," Bembry said "That represents a concern for an industry we have in my district."

But John Mitchell, environmental coordinator in the governor's Office of Policy and Budget, said there were no plans to tax other industries including agriculture and water utilities, whose water use, he said, was different than bottled water.

Unlike those industries, water-bottling plants take a public commodity and sell it for private profit in the marketplace, Mitchell said.

Other industries, he said, use water only as an ingredient in production. And water utilities don't charge for the water they sell, they only charge for the service of providing it to their customers.

"This is a distinctively different consumptive use," Mitchell said. "It's taking a public resource and bottling it for sale. There is no idea at all to talk about assessing fees on other consumptive uses."

Despite that explanation, Poppell echoed the concerns of Boyd and Bembry that the tax could be applied to other water users, especially agriculture.

"There's been an attempt for years to move agriculture into a system of purchasing (water)," Poppell said. "If you get into charging agriculture in the state of Florida for water, you are going to take a $100 billion a year industry and kill it. It is something we need to be careful of."

Mitchell said he understood their sensitivity but added that another revenue source is needed to replace declining revenue from the documentary stamp tax on real estate transactions.

"The very product that we're talking about placing the fee on is absolutely dependent on these projects and these programs, which serve to protect Florida water and keep it clean," Mitchell said.
Posted by Bruce Ritchie at 3/05/2009 05:56:00 PM

It seems that someone is about to kill the independent water bottling companies ... what's next ? Maybe a US$ 0.99 tax on fresh air ...

If you tax water bottling companies you should double the tax for Agricultural users, they not only use as much as they want (in the heat of the day, what a waste) they also dump untold amounts of pesticides and fertilizers into the aquifer. I can't even beleive this is being considered. The unemployment rate in this state is already bad enough without the state going after, somthing they are happy to have in a disater time, such as our next hurricane or tornado, you need to just back-off. THINK PEOPLE