A House committee today gave initial approval to a proposed bill that would abolish the Florida Department of Community Affairs, a move facing opposition from a coalition of environmental groups.

The Military and Local Affairs Policy Committee voted 12-3 in support of the bill, which also would roll back roads and schools requirements for new developments and reduce state oversight of land-use changes.

Groups including 1000 Friends of Florida, the Florida Audubon Society, The Nature Conservancy and Sierra Club signed a letter opposing the transfer of DCA's planning and housing divisions to the Department of State, saying that the move would lead to the effective end of growth management in Florida. 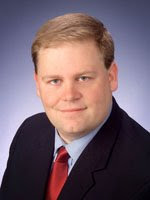 Rep. Chris Dorworth, R-Lake Mary and committee vice chairman, denied the proposal itself would lead to reduced state planning. But several committee members, including a few voting for the bill, said still they didn't understand the benefits of abolishing DCA.

"I am hearing from my constituents, and overwhelmingly what I'm hearing is support for DCA as a separate and independent agency," said Rep. Ron Schultz, R -Homosassa. "I hope that both I and my constituents will hear more convincing arguments in the coming weeks on that."

Dorworth said he'd also received many calls and e-mails from residents outside of his district who were responding based on misinformation.

Abolishing the department is not enough to remove barriers to development, Richard Gentry, representing Associated Industries of Florida, told the House committee members.

"You haven't really accomplished anything if you chop it up and send it to State if you don't look at some of the substantive laws that may very well remain in place," Gentry said.

Outside the meeting, Gentry said the association does not support abolishing DCA, rather the group is waiting to see how growth laws are changed by the Legislature. But he also said there have been complaints among developers against DCA for taking "very difficult positions" on land-use changes.

"Unless you are dealing with the basic structure of the Growth Management Act, I think you could send it to the Department of Agriculture and you might get, in many instances, the same result," Gentry said.

Inside the hearing room, most speakers talked about the need for reversing growth management reforms enacted under Gov. Jeb Bush in 2005. Those reforms required that schools and roads be in place or ready to build before new developments are approved.

DCA Secretary Tom Pelham and developers seem to agree that the roads requirement has unintentionally encouraged more development in rural areas outside of cities. But DCA opposes the bill because it weakens growth management in many ways, a department spokesman said today.

"We are currently in a situation in Florida where it would be hard to argue we need the wrong kind of growth," said Charles Lee. "Support growth management."

Rep. Keith Fitzgerald, D-Sarasota, said he would like to support the bill but he had not heard a compelling argument for abolishing DCA. He voted against the bill in the 12-3 committee vote.

Dorworth said opponents were wrong in suggesting that there was no need to transfer the planners to the Department of State and that it would result in a substantive policy change.

"I think our responsiibiltiy as elected officials is to constantly govern and make the most efficient use of taxpayer dollars possible," Dorworth said.
Posted by Bruce Ritchie at 3/11/2009 03:46:00 PM