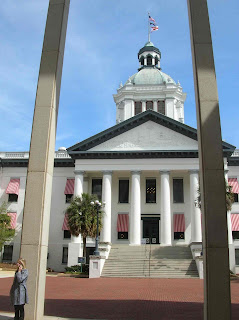 With the Legislative session more than half over, some environmentalists are saying the session already has been bad enough. But at least one veteran environmental lobbyist says the worst could be yet to come.

The Legislature is showing little interest in providing new money for the Florida Forever land-buying program while at the same time it moves to eliminate the Florida Department of Community Affairs, the state's land planning agency.

Other bills that are moving through committees would prevent local governments from regulating fertilizer use or would exempt farmers from state permitting requirements. One bright spot for environmentalists last year, a bill to require septic tank inspection statewide, almost certainly will be repealed.

"This is the worst legislative session in memory for the environment," said Frank Jackalone, Florida staff director for the Sierra Club. 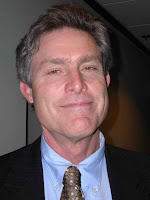 Eric Draper of Audubon of Florida says some bad bills have been improved, like HB 239. The bill, before it was substantially rewritten last week, had prohibited state and local agencies from enforcing new federal water quality standards that face opposition from industry and agriculture groups and utilities.

Some environmentalists don't like that the new bill now creates new classifications for waterways that would relax cleanup standards.

But concerns remain about several other bills including HB 991, an evolving piece of legislation that would make it easier for developers to get environmental permits.

That bill is scheduled to be heard April 14 by the House Economic Affairs Committee. And Draper said it could easily pick up amendments along the way with bad proposals that haven't been considered or discussed.

1000 Friends of Florida says it supports streamlining growth management but the group says the House and Senate would go too far by eliminating DCA and making it too difficult for residents to win legal challenges against local growth decisions.

Since 2007, DCA has approved 1.5 billion square feet of new commercial and office space and nearly 600,000 housing units. Yet Gov. Rick Scott has called the agency a "job-killer" and proposed its elimination.

And Senate President Mike Haridopolos shows no sign of wanting to slow the growth management reforms that are moving through his chamber in the form of Senate Bill 1122.

He said DCA has been a "disaster" in recent years and the previous secretary was "not moving projects along." He said the growth reforms will help reduce red tape while encouraging future "smart" growth.

"I'm sure we'll continue to negotiate but there may be some groups you cannot satisfy," Haridopolos said.

Jackalone said the moves against the environment on several fronts have been "disconcerting" -- but then he said that term is probably too weak to describe the session.

"I would say that it represents an abandonment of Florida's tradition of protecting and preserving the environment," Jackalone said.

April 13, 2011 UPDATE:
Sen. Charlie Dean, R-Inverness and chairman of the Senate Committee on Environmental Preservation and Conservation, said he disagrees with media reports that cast the legislative session in a negative light on environmental issues:

"I read articles and I get the opinion some time maybe the media looks at us and thinks it's a lost cause for the environment this year -- everybody is flushing, cutting or killing," Dean said. "I haven't taken that attitude at all.

"I think just the opposite," he said. "I have wanted to work on issues and let everybody have a piece of the action, let everybody come in and discuss it and work with us. If they got a better idea, put some amendments in.

"A good process is what we are here for. Not one person has all the answers."