A state appeals court ruled on Tuesday that environmental groups must pay the attorneys fees of Martin County, the Florida Department of Community Affairs and development interests for appealing a land-use case.

Richard Grosso, an attorney for the groups 1000 Friends of Florida and the Martin County Conservation Alliance, says the ruling sets a chilling precedent for groups that seek to enforce state growth management laws.

An administrative law judge determined that the change won't create urban sprawl or more development because homes would be clustered on smaller lots with open space set aside for agriculture, conservation or parks.

When the groups appealed, the 1st District Court of Appeal ruled that they lacked the legal standing because they were not affected since there was no increase in development. The majority of the three-judge panel then imposed sanctions and ordered the groups to pay legal fees incurred by the county, DCA and intervenors Martin Island Way LLC and Island Way, LC.

Attorneys representing Martin County and the intervenors could not be reached for comment. Grosso, executive director of the Everglades Law Center in Fort Lauderdale, said his clients will consider their options, including appealing to the Florida Supreme Court or asking the 1st District Court of Appeal to rehear the case. 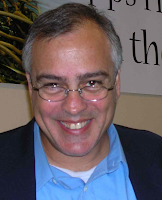 Grosso said his clients disagree with the administrative law judge's finding of fact that the groups will not be affected. And Grosso said that in response to their appeal, the majority judges with the 1st District Court of Appeal relied on the same facts established by the administrative law judge, creating a "Catch-22" that resulted in the sanctions.

"Enforcement of the growth management act will be a nullity" if the ruling stands. Grosso said. "No one will seek to enforce it any more out of fear of sanctions for attorney fees."