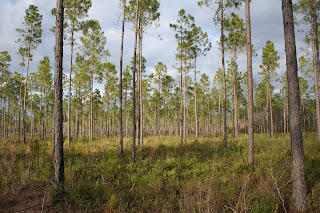 The governor and Cabinet today approved the state purchase of 2,849 acres in Jefferson County.

The state will pay The Nature Conservancy $5.2 million, or $1,841 per acre, for the land, which previously was owned by The St. Joe Co. The land has been managed as a portion of the Flint Rock Wildlife Management Area by the Florida Fish and Wildlife Conservation Commission.

The purchase was one of the largest approved by the Cabinet during a 12-month period in which few projects have moved forward. Bonds for the Florida Forever land-buying program were not sold until late last year because of the tight bond market.

The area extends from U.S. Highway 98 south to the St. Marks National Wildlife Refuge. The purchase would protect a corridor of habitat between the refuge and another state wildlife management area along the Aucilla River.

The area is has been designated a "strategic habitat conservation area" by the Florida Fish and Wildlife Conservation Commission. It provides habitat for black bears and swallow-tailed kites and is potential habitat for the eastern indigo snake and flatwoods salamander. 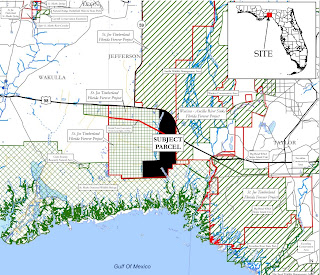 In January 2008, The Nature Conservancy purchased the property as part of a deal for 10,905 acres in the area.